Anabolism versus antiresorption (AVA Study): a comparison of the mechanism of action (MOA) of teriparatide (TPTD) and denosumab (DMAb) in postmenopausal women with osteoporosis using quadruple fluorochrome labeled bone histomorphometry (#268)

Methods: TPTD (20 μg/day) was compared with DMAb (60 mg once) for 6 months in postmenopausal women with osteoporosis. Fasting bone turnover markers (BTMs) and iPTH were collected at BL and 1, 3, and 6 months. Patients underwent fluorochrome labeling at BL and during treatment before a transiliac bone biopsy at 3 months. The primary objective was change from BL in mineralizing surface/bone surface in the cancellous envelope. Dynamic and static histomorphometric indices were assessed in cancellous, endocortical, intracortical, and periosteal envelopes.

Results: In the DMAb group, iPTH increased from BL and peaked at Month 1, remaining above BL at Months 3 and 6. Histomorphometric indices of bone formation in the cancellous envelope were higher in the TPTD group than the DMAb group at Month 3. Except for mineral apposition rate, indices increased with TPTD and decreased with DMAb from BL to Month 3. Similar findings were observed in other envelopes. TPTD increased BTMs from BL: procollagen type I N-terminal propeptide (P1NP) starting at Month 1 and carboxyterminal cross-linking telopeptide of type I collagen (CTx) starting at Month 3. In the DMAb group, P1NP and CTx decreased from BL at all times.

Conclusion: Data confirm and support the opposing drugs’ MOAs on bone remodeling. The iPTH increase after DMAb administration was associated with decreases in bone formation indices in all envelopes, inconsistent with DMAb causing early indirect anabolic action. TPTD increased histomorphometric indices and BTMs of bone formation in all envelopes, consistent with an anabolic MOA in trabecular and cortical bone. 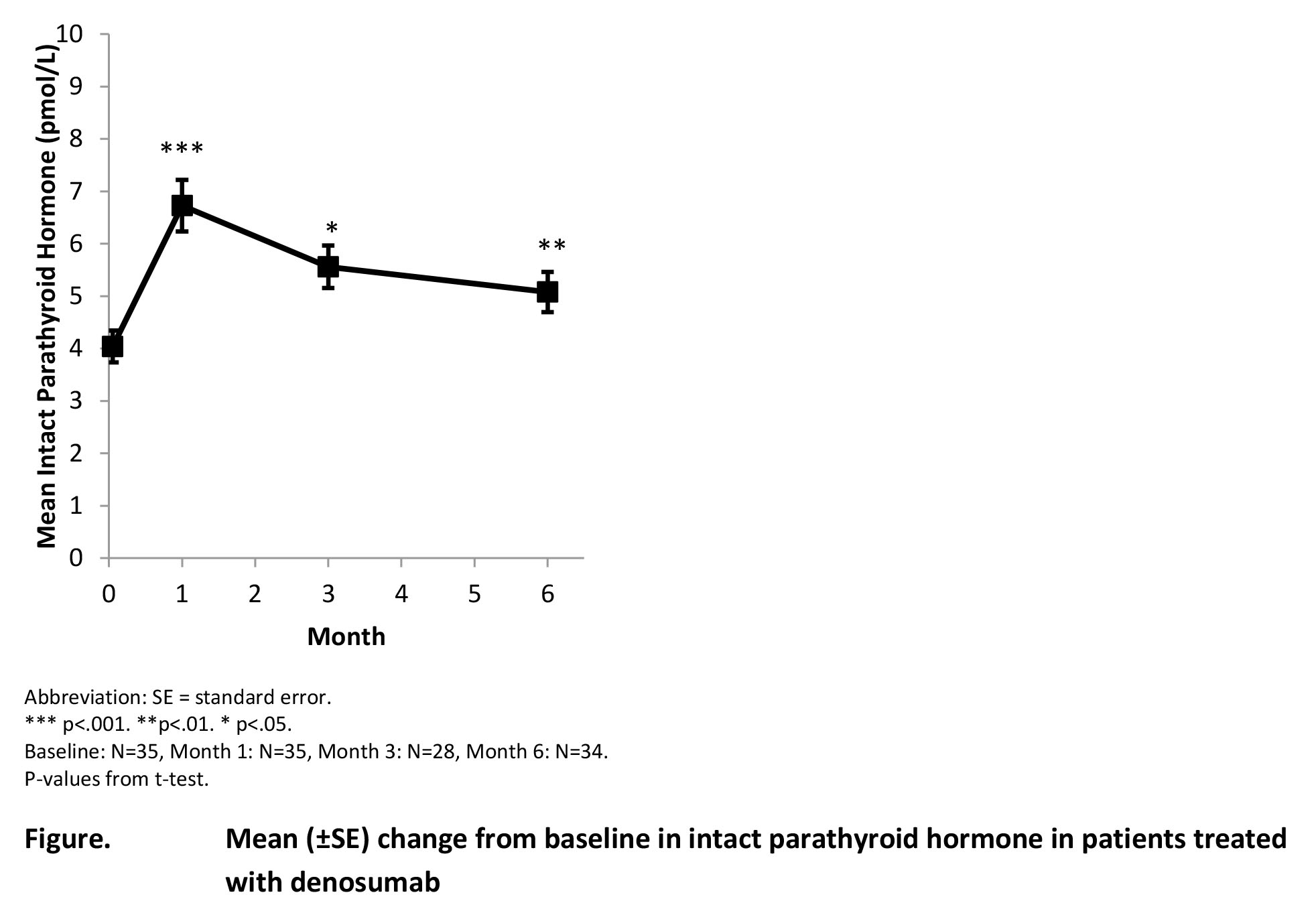